This is what “people-based marketing” actually means

It’s one of those terms that gets tossed around too much. Much like “rebranding,” “organic growth,” and our all-time favorite, “synergy,” people-based marketing has been used so loosely that it threatens to become fodder for a Dilbert cartoon.

The thing is, people-based marketing actually solves huge problems for anyone trying to sell a product or get a message across. But before you embark on a people-based campaign, make sure your partner is actually offering a people-based platform… and not a ton of empty jargon.

What people-based marketing is… and isn’t.

True people-based marketing means you’re collecting both online and offline customer data. You then use that data to create a full, 360-degree profile of that person and can recognize them on all the different devices they use. When you’re using a real people-based marketing platform, you’re targeting actual, verified people — not an anonymized mobile ID, or a desktop cookie.

Be forewarned: many marketing companies say they’re people-based, but when you press them on the issue (can they tie their audience to email addresses and postal addresses?) you discover that they’re, well, not. It’s a lot like a store-bought snack with an “organic” label. Once you dig a little deeper and look at the ingredients, you realize their definition of “organic” is flimsy.

Let’s say Company X has a user’s cookies from their desktop.

They know this user just read an article about Tiger Woods on ESPN.com.

But then this user goes and reads another article about boxing… on their ESPN mobile app. Company X doesn’t know this, because they only have desktop cookies.

They might tout themselves as being a people-based platform, using some loose, jargon-y definition of the term. But they’re not: according to Company X, the user above is a ”golf fan,” and nothing else. Nevermind that boxing article they read later on the ESPN app, or the movies they streamed on Connected TV that night, or the finance newsletter they got sent to their inbox that morning.

The point being: “golf fan” is an incomplete snapshot of this user’s behaviors and interests. To truly be people-based, you need a full view of the person.

If you have a full view of someone, it helps solve marketers’ most daunting challenge: finding their next customer. With a full view, marketers have the ability to pinpoint real people that had not interacted with their business previously.

This applies to anyone with a product to sell or a message to deliver.

Retailers who want to reach prospective shoppers near their store, auto dealers looking to sell cars on a holiday weekend, and brands looking to target users with varied and complex interests. People-based marketing is vital to all of them.

Back to Company X for a second. They only collect one or two variables and can’t tie these variables back to real people. This makes them “persona-based.” They may, through their own loose lingo, define themselves as people-based. Even the two words — “persona” and “people” — kind of sound the same. But much like the not-so-organic foods that tout themselves as organic, Company X’s ingredients are flimsy.

Company X is grouping anonymous users into personas. A “persona” is someone who “read an article about Tiger Woods.” ESPN has a million other people who also went to that Tiger Woods article, and those desktop identifiers are grouped together. But Company X knows nothing more about these users, and they have no way to follow them to other screens.

A people-based insight, on the other hand, would look something like this: the user read the Tiger Woods piece, then read about boxing on their ESPN app, is named Rick, lives in Toledo, and is shopping for a new car. Now you’ve got some useful info.

A true people-based marketing platform needs to have data that’s ethically-sourced and first-party.

If the data is “first-party,” that means your data partner owns it and is responsible for it. It’s the most valuable form of data.

But if the data is identifiable, that brings up issues over data breaches and privacy. When an app or data partner isn’t fully compliant with California’s new privacy law or the GDPR (Europe’s privacy law) the consequences can be dire. First, those companies will have to deal with fines. Second, you’ll deal with eroded trust in your product and a lot of angry users.

For this reason, you need to work with a data partner that makes user privacy its top priority. Are they a part of a group like the Digital Advertising Alliance, which establishes and enforces responsible privacy practices throughout the industry? Are they in support of a unified national data privacy law? Do they believe in being completely honest with users?

You’d be surprised at how many places are like Company X.

When you’re looking for a partner, do a little digging. You may find that they’re spinning a popular term, but don’t meet that term’s baseline requirements. Maybe they only have desktop cookies. Or mobile IDs. But they can’t tie this data back to postal codes and email addresses — they can’t tie it back to real people.

If they can’t do this, they’re throwing out empty jargon. Make sure you’re dealing with a company that can prove its past results with a people-based campaign.

We worked with an auto dealer in Michigan, and using a people-based approach were able to help them sell 140 cars over 45 days. In the end, that’s the KPI that mattered most to the auto dealer: how many cars they sold. If you want to hear more about this case study (and the specifics of our campaign) just watch the video below.

And if you’re ready to move forward with a real people-based marketing campaign, get in touch. We have real people and get real results. 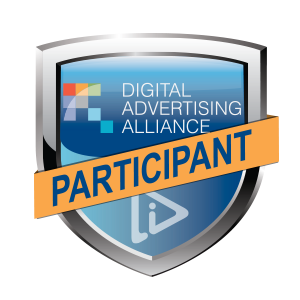